Dominating Without Shouting by The Empress Catherine 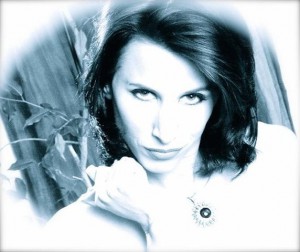 There’s No Need to Shout!

It surprises me how many men seeking a Mistress still think that “domination” has something to do with shouting abuse at the submissive.  (Let me say here that if that’s your thing, if that’s what you enjoy, then carry on.)  However, there’s far more to domination than that and actually I think that shouting implies a loss of control on the part of the dominant.  Very rarely do I feel the need to raise my voice during a session, whether on the phone or in so-called real life.  Dominance is implicit in the way I carry myself, the tone of my voice, the look in my eyes.  I come from a long line of dominant women and I can’t remember any of them raising their voices.  They knew how to get the results they wanted without that.  My role models growing up were never subservient to men; that’s not to say they didn’t respect men or love men because they did.  They were simply under no illusions about their own strength and men’s weaknesses.

No Blow Struck in Anger

Of course there are occasions during a session when I want my sub to think I’m angry with him.  There are times when he warrants punishment.  At such times I might briefly raise my voice in order to shock him, to frighten him, but really I’m just fucking with his mind.  So much of a D/s session is theatrical, isn’t it?  So much of it is ritual.  Therefore, while I may beat my sub mercilessly, I never strike in anger.  If I’m genuinely angry for some reason, then I won’t schedule a session that day and I certainly won’t take my anger out on my sub.  That wouldn’t be nice, would it?

My style of dominance takes the form of a silken thread that will bind you to me before you even know what’s happening, rather than a sledgehammer over the head.  That’s not to say there won’t be pain.  Spiking pleasure with a little pain is exquisite and the gift of your submission means we both get to enjoy it.  Because the whole Domme/sub thing is a dance, isn’t it?  I dominate you, you willingly submit to me. Who really gets what they want?  In the perfect D/s relationship we both do…

We use cookies on our website to give you the most relevant experience by remembering your preferences and repeat visits. By clicking “Accept All”, you consent to the use of ALL the cookies. However, you may visit "Cookie Settings" to provide a controlled consent.
Cookie SettingsAccept All
Manage consent

This website uses cookies to improve your experience while you navigate through the website. Out of these, the cookies that are categorized as necessary are stored on your browser as they are essential for the working of basic functionalities of the website. We also use third-party cookies that help us analyze and understand how you use this website. These cookies will be stored in your browser only with your consent. You also have the option to opt-out of these cookies. But opting out of some of these cookies may affect your browsing experience.
Necessary Always Enabled
Necessary cookies are absolutely essential for the website to function properly. These cookies ensure basic functionalities and security features of the website, anonymously.
Functional
Functional cookies help to perform certain functionalities like sharing the content of the website on social media platforms, collect feedbacks, and other third-party features.
Performance
Performance cookies are used to understand and analyze the key performance indexes of the website which helps in delivering a better user experience for the visitors.
Analytics
Analytical cookies are used to understand how visitors interact with the website. These cookies help provide information on metrics the number of visitors, bounce rate, traffic source, etc.
Advertisement
Advertisement cookies are used to provide visitors with relevant ads and marketing campaigns. These cookies track visitors across websites and collect information to provide customized ads.
Others
Other uncategorized cookies are those that are being analyzed and have not been classified into a category as yet.
SAVE & ACCEPT